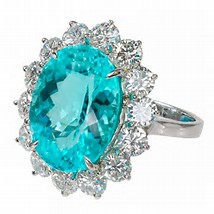 It is a rare event when a new gem variety causes tremendous excitement in the gemstone world. It happened with tanzanite in the 1960s, but only with the marketing muscle of Tiffany & Co. behind it. The case of Paraiba tourmaline in the 1990s was a different story.

The unusual blue-green Paraiba tourmaline was first discovered in the Brazilian state of Paraiba in 1989 by a dedicated miner named Heitor Barbosa. Barbosa worked the Mina da Bathalha for over 5 years before he found the first samples of this extremely rare tourmaline. These gems had an unusual vivid blue-green that had never been seen before in any gemstone. They appeared to glow with a neon or electric-like quality, even in the rough stone. Analysis showed that this unique effect was due to the presence of copper and manganese.

The Paraiba tourmaline was first introduced to the gemstone world at the annual Tucson gem show in early 1990.  The market demand for Paraiba tourmaline was so strong, and the supply so limited, that it became almost impossible for gem dealers to buy stock. However, in 2001 some similar copper-bearing blue-green tourmaline was discovered in Nigeria, though the color saturation was not as good as the Brazilian material. Then in 2005, a third find was made, this time in Mozambique. The Mozambican material was found in a range of colors, from green to blue-green or violet, with a color similar to the Brazilian Paraiba. In fact the Mozambican Paraiba is often cleaner than the Brazilian (which tends to be heavily included) and is found in larger sizes. 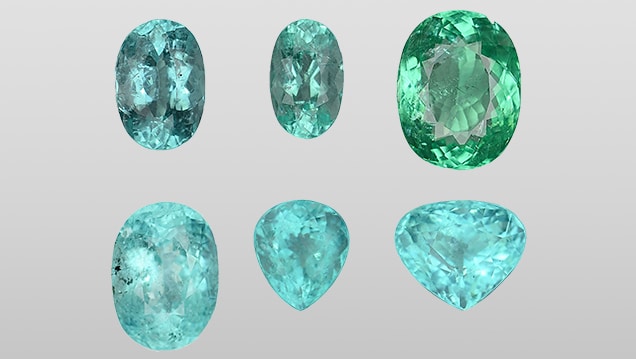 The gem is an elbaite tourmaline that comes from one area of Paraíba state in Brazil’s northeast corner. Like many other Brazilian elbaites, Paraíba tourmaline forms in pegmatite. But researchers believe that its crystals form under very unusual conditions, with large amounts of trace elements like manganese and copper, which causes its color. Paraíba tourmaline is unusual because, although copper colors some other gems—notably turquoise—it’s not a coloring agent in any other tourmaline. Since it was discovered in the late 1980s, Paraíba tourmaline’s striking neon blues and greens have electrified the gem world. The gem’s unique, vivid coloring instantly set it apart from other tourmalines.

In some specimens, there’s so much copper that inclusions of native copper—almost pure metal—highlight the gem’s interior. Scientists speculate that the native copper inclusions took shape in the early stages of cooling, after the gems started to crystallize.

Paraíba tourmalines appear in a range of greenish blue, bluish green, green, blue, and violet hues. Although buyers covet all these colors, blue and violet have the most appeal. Dealers use a number of names to try to capture the extraordinary quality of Paraíba tourmaline’s colors. Besides neon, they use terms like “electric,” “turquoise,” “sapphire,” or “tanzanite” blue, and “mint” green. 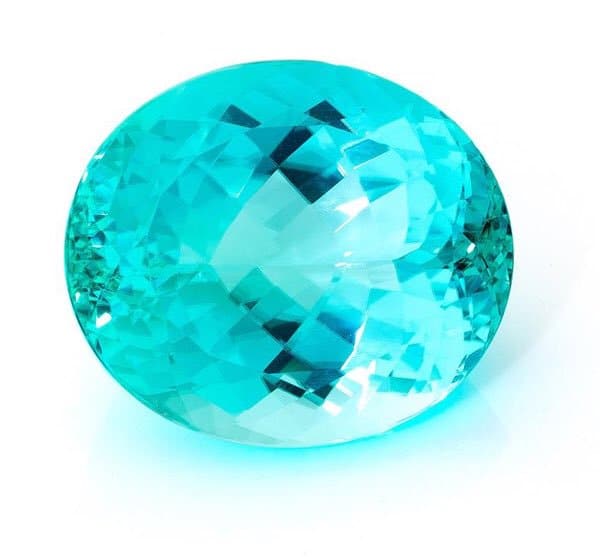 The Paraíba deposit revealed a range of new tourmaline colors unrivaled for their strongly saturated hues and light to medium tones. Representing the color range are a 2.59-carat turquoise-blue triangle cut, a 3.28-carat electric-blue pear shape, and a 3.68-carat green pear shape. 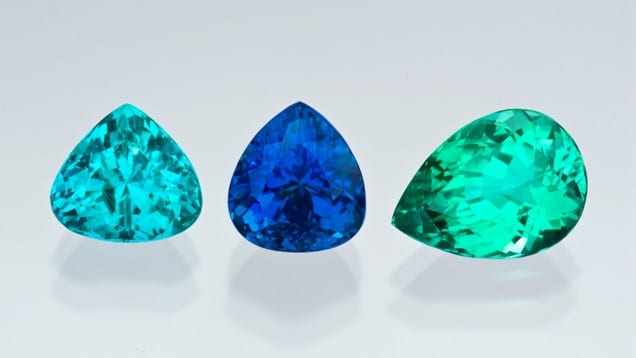 Because of the rough’s high value, Paraíba tourmalines are almost always custom cut. They’re usually faceted into brilliant cuts, commonly pear and oval shapes. You’ll rarely see Paraíba tourmaline in sizes bigger than one carat. With Paraíba, however, color is the key factor, not size. So if a dealer has to choose between a larger stone and a more vividly colored one—all other factors being equal—the gem with the better color is a better choice. 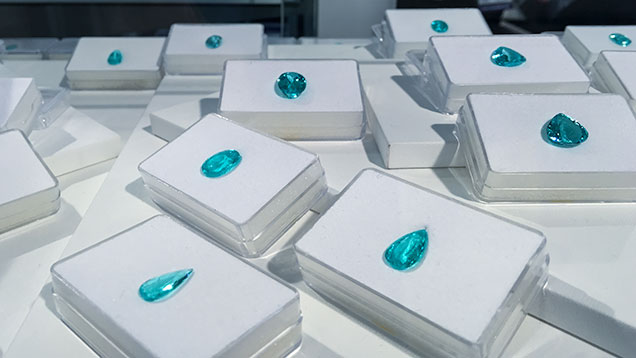 During Paraíba tourmaline’s brief history, dealers have often resigned themselves to the gem’s extreme scarcity. However, new discoveries elsewhere in Brazil and eastern Africa present the possibility that viable, commercial sources of this rare copper-bearing tourmaline might one day supply the trade with more material. Unfortunately, the new sources also raise questions about the use of the term Paraíba to name these treasured gems.

Where to Buy Paraiba Tourmaline

If you’ve been enticed by the look and rarity of Paraiba tourmaline stones, you can find them here in Gainesville at Brittany’s Fine Jewelry. We can help you choose a stone and find a beautiful setting that will accent the many dazzling aspects of this gemstone. Call us or visit our store today to find your next piece of fine jewelry!

The staff here is truly amazing. I had a lot of difficulty with sizing my engagement ring and they were SO accommodating. They resized it three times for me in one week to make sure it was perfect after my fingers had some crazy fluctuation in swelling. Don’t waste your time anywhere else. I seriously can’t thank them enough!