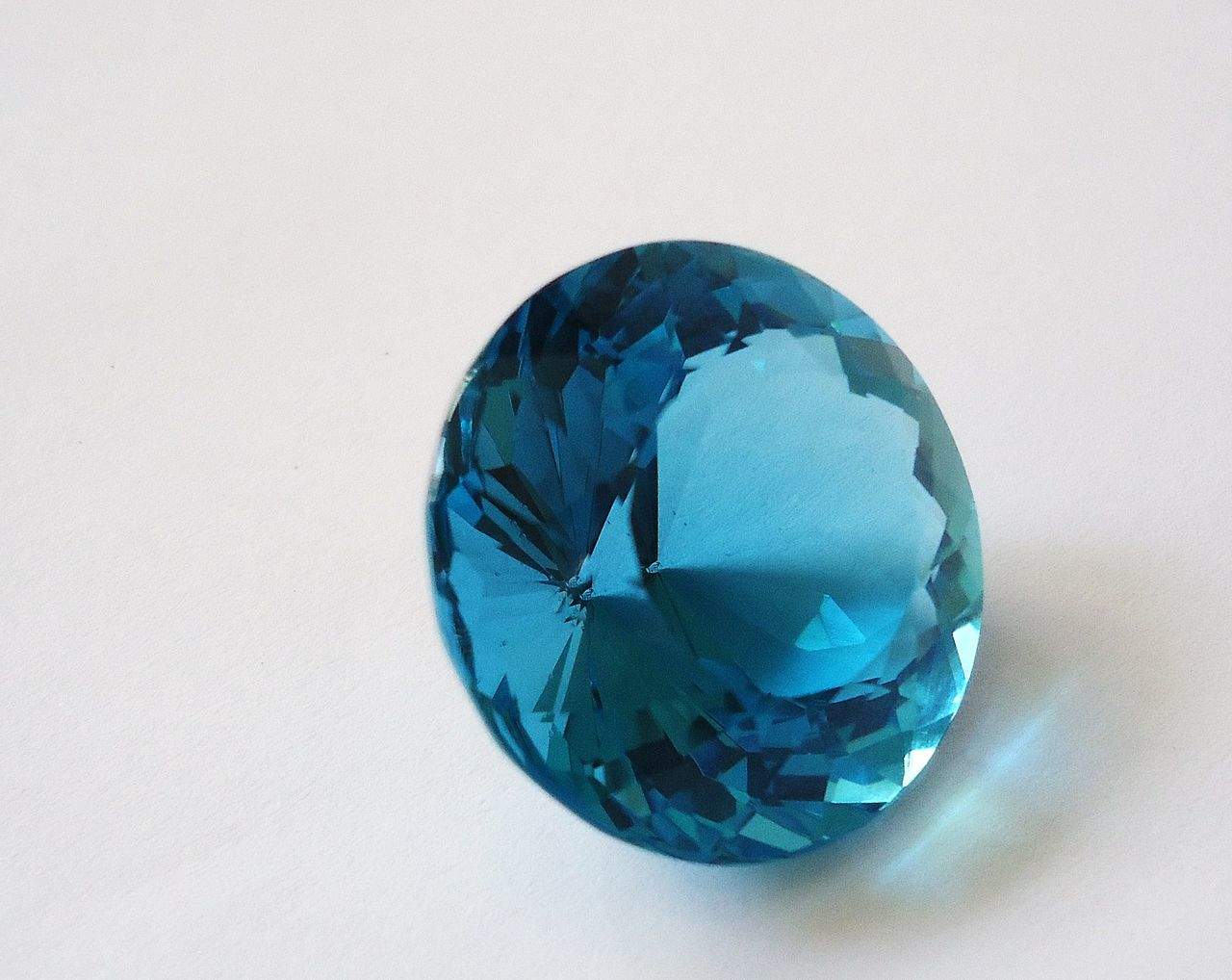 Most researchers agree that the name topaz comes from Topazios, the old Greek name for a small island in the Red Sea, now called Zabargad. Topaz was never found on the island, but it was once a source of peridot, which was confused with topaz before the development of modern gem identification.

The ancient Greeks believed that topaz gave them strength. In Europe during the Renaissance Period (1300’s – 1600’s) people thought that topaz could break magic spells and help dispel anger. People in India for centuries have believed that topaz worn above the heart assures long life, beauty, and intelligence.

Many people reading this blog know topaz as simply an inexpensive blue gem. You’ll be surprised to learn that its blue color is hardly ever natural: In nature, topaz is most commonly colorless, and naturally strong blue gems are extremely rare. In the marketplace, however, strong blue shades are plentiful. Treatments are the reason for this. Treaters use a combination of radiation and heat to produce blue hues in topaz. Since the 1970s, treatments have brought blue topaz to a broad market. 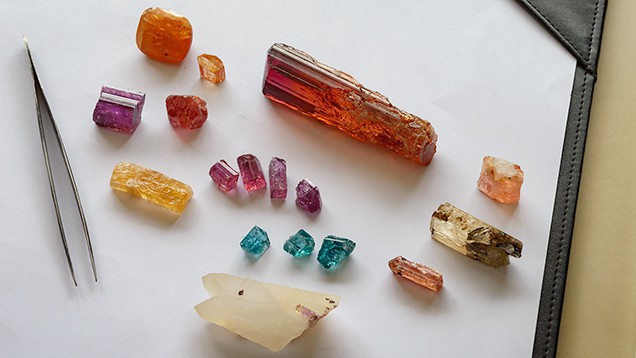 The color varieties are often identified simply by hue name—blue topaz, pink topaz, and so forth—but there are also a couple of special trade names. Red is one of the most sought-after topaz colors and represents less than one-half of 1 percent of facet-grade material found. This color is referred to as imperial topaz in the jewelry industry and is highly prized and very rare. The name for imperial topaz originated in nineteenth-century Russia. At the time, the Ural Mountains were topaz’s leading source, and the pink gemstone mined there was named to honor the Russian czar. Ownership of the gem was restricted to the royal family. 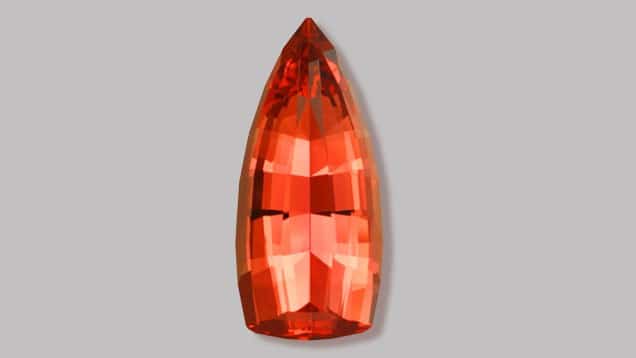 Sherry topaz—named after the sherry wine—is a yellowish brown or brownish yellow to orange. Stones in this color range are often called precious topaz to help distinguish them from the similarly colored but much less expensive citrine and smoky quartz.

Dealers often use the trade term “sherry topaz” for yellowish brown or brownish yellow to orange topaz. The term comes from the color of sherry wine. Stones in that color range are also sometimes called precious topaz. This helps distinguish them from less expensive citrine and smoky quartz, both of which look similar to, and are frequently misrepresented as, topaz. 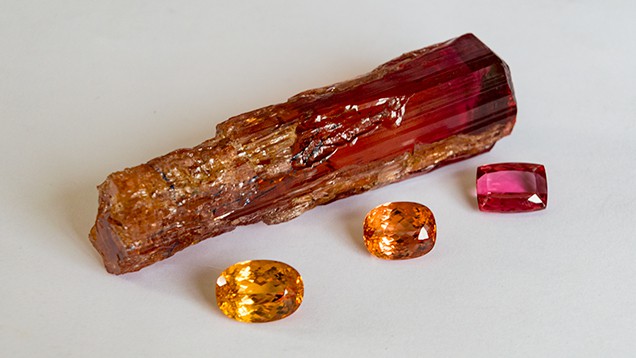 Golden or yellow topaz lacks the prized red overtones of imperial topaz. It’s also much more abundant and therefore less valuable. Although brown topaz is also less valuable, it has been used in striking jewelry design and ornamental art.

Topaz is also pleochroic, meaning that the gem can show different colors in different crystal directions.

Love love love Brittany’s! My engagement, wedding ring, and other pieces are from there, and I treasure them all! Great family, great business!