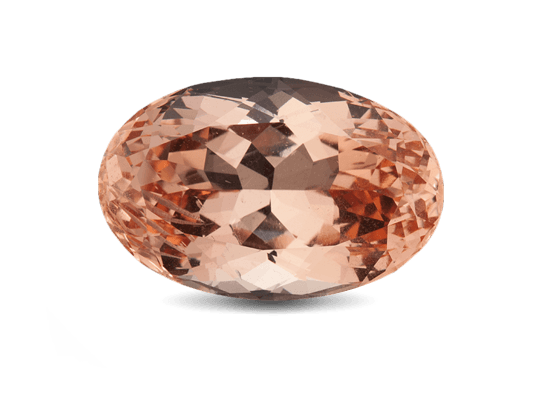 Like its cousins emerald and aquamarine, morganite is a variety of the beryl mineral species. A trace amount of manganese in the crystal structure gives this gemstones its subtle blush. After the discovery of a new location for rose beryl in Madagascar in 1910, George Kunz, chief gemologist for Tiffany and Company, recommended naming the gem morganite at a meeting of the New York Academy of Sciences on December 5, 1910 to honor his friend and customer J.P. Morgan. This was in honor of Mr. Morgan’s financial support for the arts and sciences, and his important gifts of gems to the American Museum of Natural History in New York and to the Museum of Natural History in Paris.  Morgan, the famous financier was also one of the world’s most important gem collectors in the early 1900s.
Like many gems found in pegmatites (solidified magma-released fluids), morganite can form large crystals. Miners in Brazil have found crystals as large as 22 lbs. (10 kg). The Smithsonian Institution in Washington, D.C., includes two faceted gems weighing 236 cts. and 250 cts. in its collection. One of the largest specimens of Morganite ever discovered was found in America on October 7, 1989. It was uncovered in the Bennet Quarry of Buckfield, Maine, and it was somewhat orangish in hue and about 23 cm long and 30 cm across. This well-formed crystal weighed in at just more than 50 pounds, and was named ‘The Rose of Maine’. 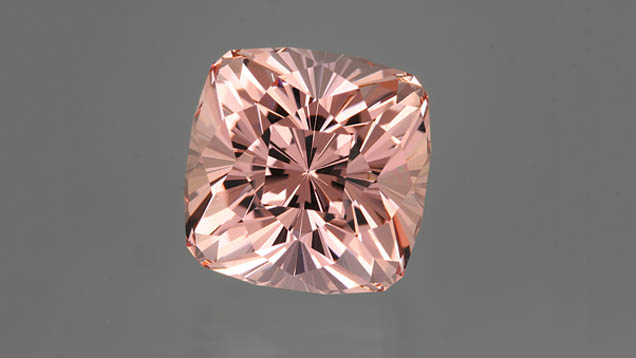 Although morganite is more rare than its cousin, aquamarine, large cut stones are readily available on today’s market. This probably due to the fact that morganite isn’t as well known to the jewelry-buying public and hasn’t reached the wide popularity of aquamarine or emerald. 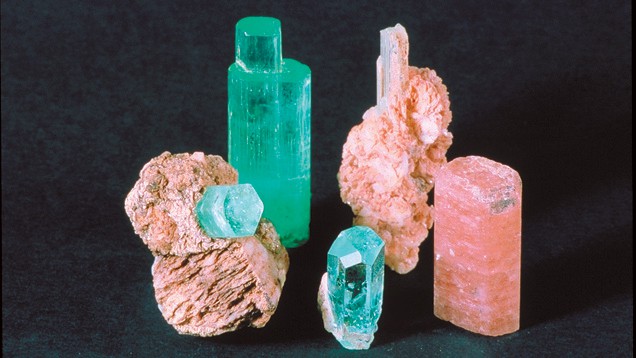 Most of the morganite on the market comes from pegmatite mines in Minas Gerais, Brazil. Smaller and somewhat inconsistent supplies of morganite have been found in Afghanistan, Madagascar, Mozambique, Namibia, and the United States. Madagascar is only a minor producer today but, the original deposit found there still sets the standard for the best material. That Madagascar mine’s yield of magenta-colored rough was superior to crystals from the other sources. 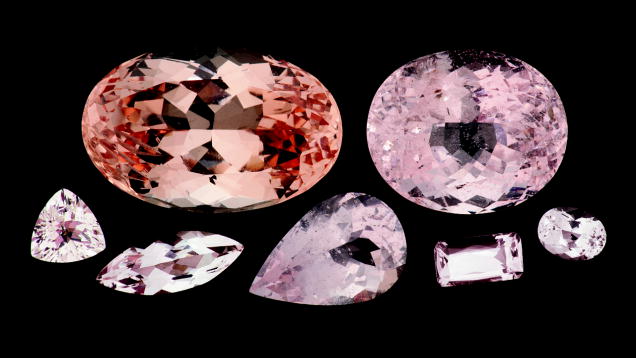 Morganite’s color range includes pink, rose, peach, and salmon. In today’s market, the pink and rose tints are more fashionable. The gem is almost always heat-treated to improve the pink color. The treatment is not detectable. Heat drives off the yellow or orange tinge, leaving a purer and more attractive pink. The resulting color is stable and won’t fade. The peach and salmon hues seem less popular, but some collectors value untreated peach-colored material more highly than heat-treated pink stones. Morganite is known primarily as a pastel-colored gem in light, soft shades. Although light tones are normal for morganite, rarely some stones display strong color. These gemstones are usually large in size or cut very deep to achieve the finest colors. Many times morganite is set in rose gold to accentuate its color.

I have purchased two pieces of jewelry from Brittany’s – and I hope to purchase more in the future. They have very knowledgeable and kind staff as well as great gem options.

Jane B.
View Our Jewelry Collections