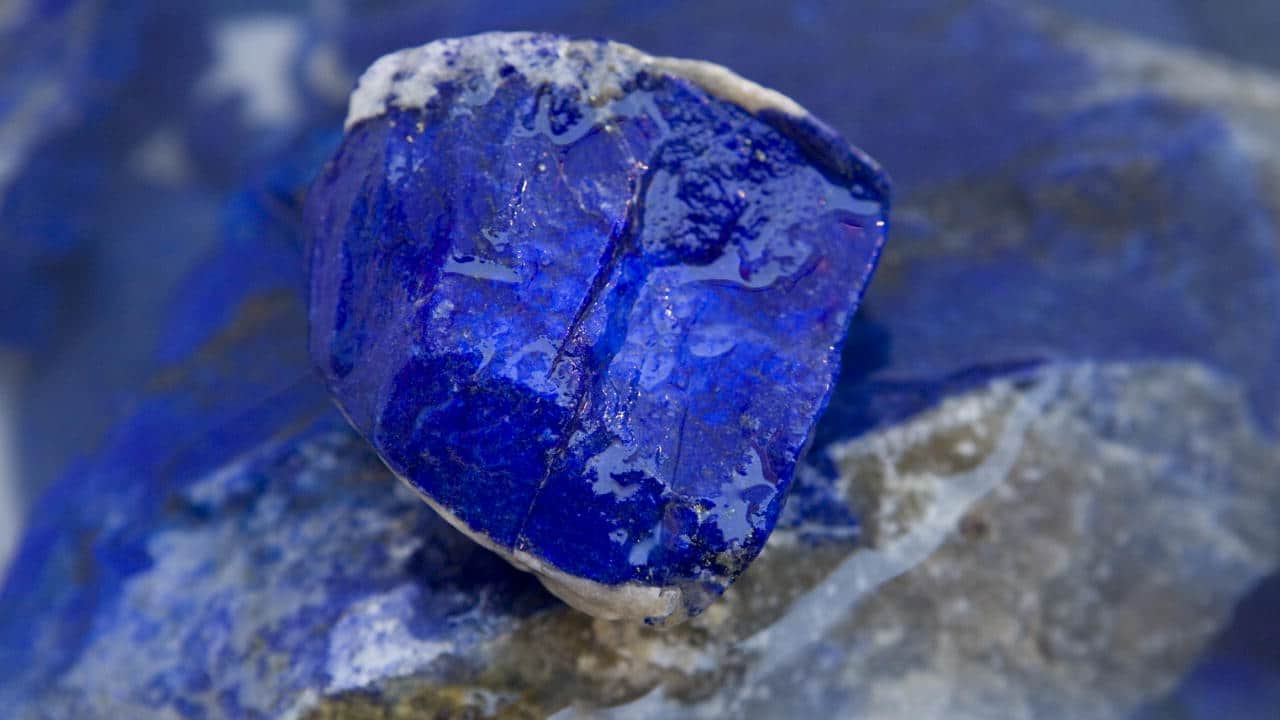 It is believed the link between humans and lapis lazuli stretches back more than 6,500 years. Lapis was treasured by the ancient civilizations of Mesopotamia, Egypt, China, Greece, and Rome. They valued it for its vivid color, and valued it as much as they prized other blue gemstones like sapphire and turquoise.

Badakshan, a province in present-day Afghanistan, is a forbidding wasteland of mountains, bare of any vegetation. Some of the sheer mountain faces rise higher than 3 miles, and are scared with treacherous ravines. Miners tackle the elements seeking only one thing: the azure treasure that is fine lapis lazuli.

The same was true as far back as 700 BC, when the region was part of a country known as Bactria. The lapis mines that were producing then are still producing today. They are, in fact, the world’s oldest known commercial gemstone sources. Marco Polo referred to the area’s lapis mines in 1271, but few outsiders have seen them because of their inhospitable location.
For thousands of years, lapis has been fashioned to show off its rich, dark color. Lapis used in jewelry has been cut into cabochons, beads, inlays, and tablets. But lapis lazuli’s use has never been limited to jewelry alone, it’s also a popular carving material. Throughout history, lapis has been fashioned into practical objects, including game boards, bowls, dagger handles, hair combs, and amulets. The stone has been a favorite amongst carvers for centuries.

Lapis lazuli is an aggregate of several minerals, or in a simpler term, a rock. This ancient gem most often contains three minerals in varying amounts: lazurite, calcite, and pyrite. Sometimes, it can also contains one or more of the following: diopside, amphibole, feldspar, and mica.

Lapis frequently contains varying amounts of whitish calcite matrix—the host rock that surrounds the gem—or flecks or veins of glinting yellow pyrite (fool’s gold), or both. The most prized gems can also have a smoothly uniform bodycolor, free of visible pyrite and calcite. If the flecks are small and sprinkled attractively throughout the gem, their presence doesn’t necessarily lower lapis lazuli’s value. 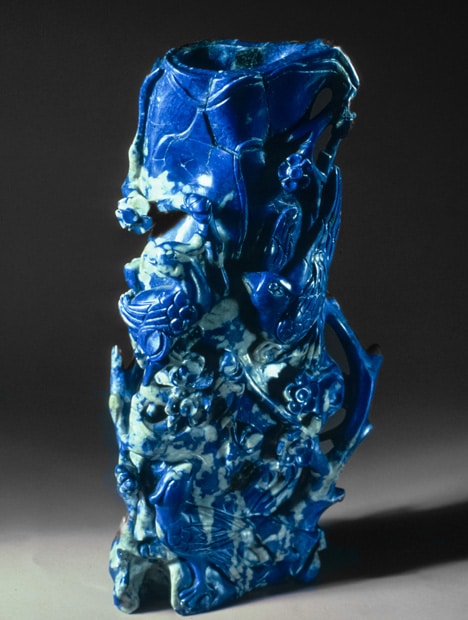 The lowest-quality lapis looks dull and green, the result of an excess of pyrite. Lapis with white calcite streaks is less valuable. 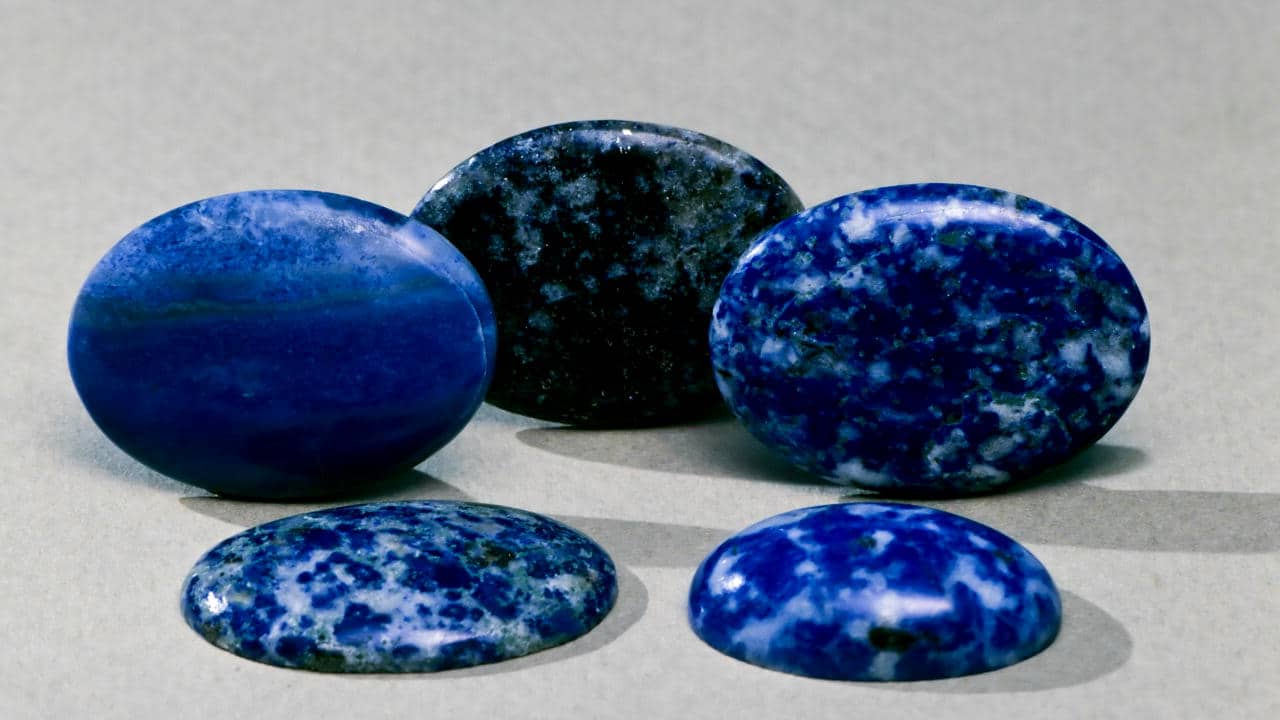 Color is the most important quality factor for lapis lazuli. Although most people associate lapis with dark blue, it’s also found in other shades of blue, and even other hues. Its color can range from deep violet blue and royal blue to light blue to turquoise blue to a greenish blue. The combination of different minerals in the aggregate determines the color. For example, lazurite is responsible for producing royal blue lapis, while a mineral called afghanite creates a pale blue shade. 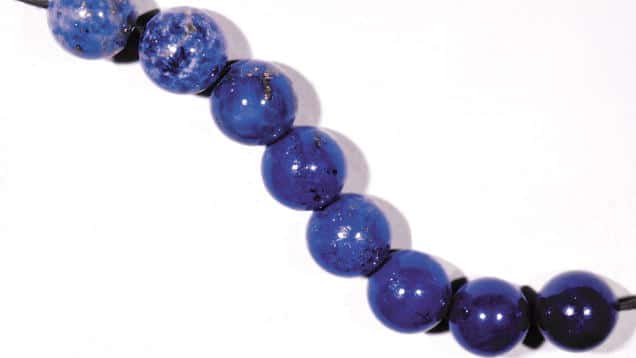 Worldwide, lapis is mined in several areas. The traditional source of the finest lapis lazuli is the same today as it was thousands of years ago—the mountains of Afghanistan. Other major sources are Chile and Lake Baikal in Siberia, Russia. Minor sources are Angola, Canada, Pakistan and in the United States in Colorado.

I remember my birthday and Christmas when I was young, my sister and I knew we would get a new piece of authentic jewelry, designed by the best jeweler, Donnie Blanton … Now I have girls growing up that I not only can pass my beautiful jewelry down to, I buy them only the best and that is always Brittany’s!