The Four C’s for Tanzanite 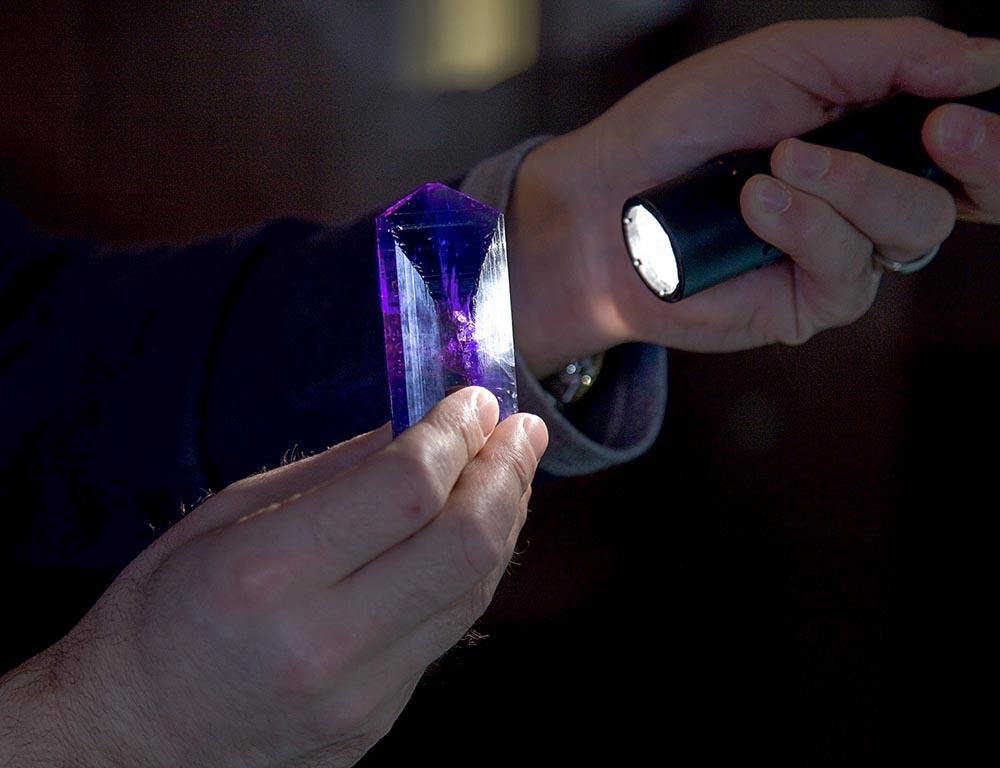 Tanzanite, the blue to violet to purple variety of the mineral zoisite, is relatively new to the colored stone industry. The common recount of the story of the tanzanite mining boom is that in 1967 a Masai tribesman stumbled upon a cluster of highly transparent, intense blue crystals peeking out of the earth in the Merelani Hills, an area of northern Tanzania. He contacted a local fortune hunter named Manuel d’Souza, about his find, who quickly registered four mining claims. D’Souza hoped that what he had been shown was a new sapphire deposit.  Instead, the discovery was one of the newest of the world’s gems. The Merelani Hills of Tanzania remains the only place in the world that tanzanite is commercially mined.

Within a short time, 90 more claims appeared in the same 20-square-mile area. At the time no one was quite sure what the beautiful crystals were, but everyone wanted to lay claim to the profits that the new gemstone was certain to produce.

Tiffany & Company recognized its potential as an international seller and made a deal to become its main distributor. Tiffany named the gem tanzanite after the country it came from, and promoted it with a big advertising campaign in 1968. Practically overnight, tanzanite was popular with leading jewelry designers and other gem professionals, as well as with customers who had an eye for beautiful and unusual gems. The instant popularity of this transparent blue to violet to purple gem was tied to its vivid color, high clarity, and potential for large cut stones.  At times tanzanite popularity would rival sapphire, ruby and emerald.

Tanzanite is a versatile gemstone that comes in a variety of sizes and cutting styles. Although once considered only as an alternative to sapphire, it has quickly established itself as one of the premier gemstones in the world.  Due to the fact that tanzanite is relatively soft, it has to be worn with extreme care. 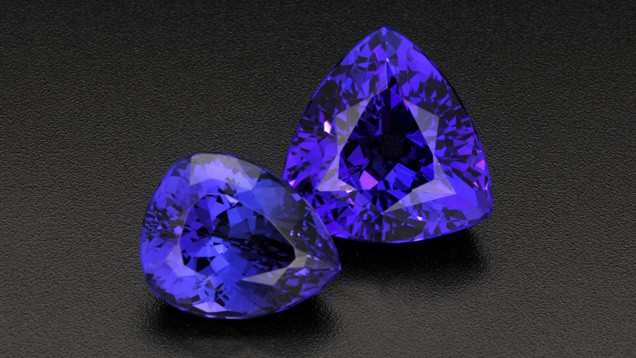 The Four C’s Of Tanzanite 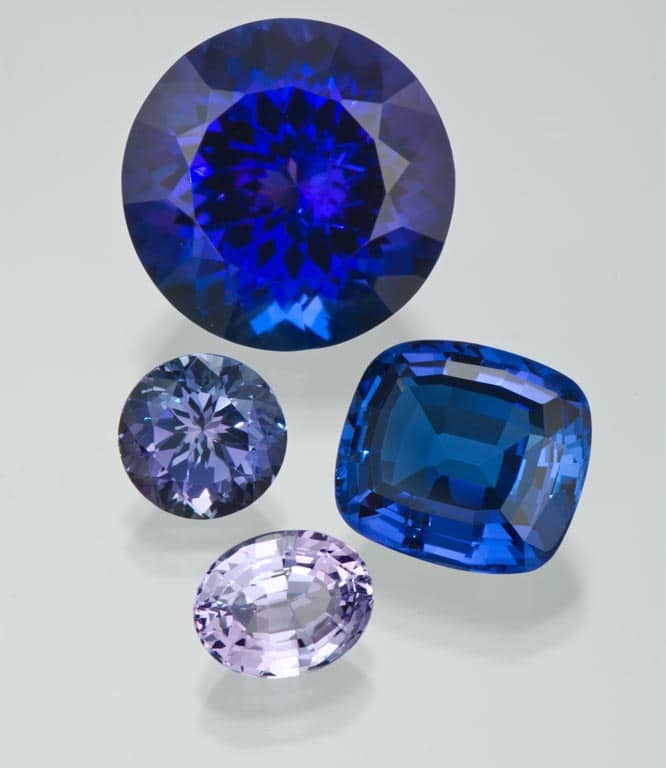 In tanzanite, the most-prized color is a pure blue, similar to fine sapphire, or an intense violet-blue all its own. Tanzanite with a bluish purple bodycolor is also popular, but less valuable. In any shade, pale colors are less prized than saturated ones. Tanzanite is a pleochroic gem, which means it can show different colors when viewed in different crystal directions. Tanzanite can be violetish blue—similar to a sapphire color—or much more purplish. Often, both the violetish blue and purplish colors are readily visible in a fashioned stone when it is gently rocked and tilted. This makes cutting a crucial element in determining the color the consumer sees when the stone is cut and set in jewelry.

In some exceptional tanzanites, the color is predominately an intense violetish blue with red flashes of pleochroic color coming from within the stone.

Untreated, tanzanite is typically brownish. Most blue tanzanites for sale today owe their color to heat treatment, which is what reveals its attractive pleochroic blues and violets. The blue crystals originally discovered by Masai tribesmen were an exception because they’d probably been exposed to a natural heat source within the earth at some point.

Much of the tanzanite sold for jewelry has inclusions that can be seen only under magnification, so any eye-visible inclusions cause a drop in value.  Also, any inclusions that might pose durability problems, such as fractures, lower tanzanite value greatly. 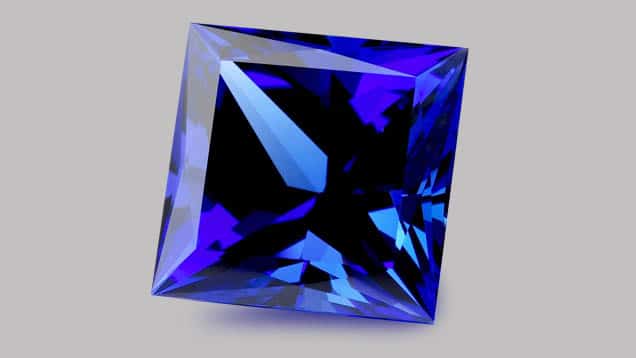 Cutting plays an important role in tanzanite’s color display. Because of its pleochroism the cutting direction determines the gem’s overall face-up color. 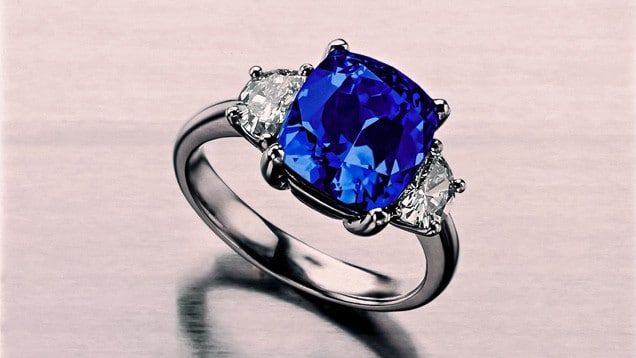 Cutters consider financial realities when they decide how to cut tanzanite. As with other gems, weight lost is profit lost. Cutting a tanzanite to emphasize the bluish purple color usually wastes less rough than cutting it to get a pure blue or violetish blue color. That’s part of the reason face-up bluish purple tanzanites are more plentiful than pure blue specimens. 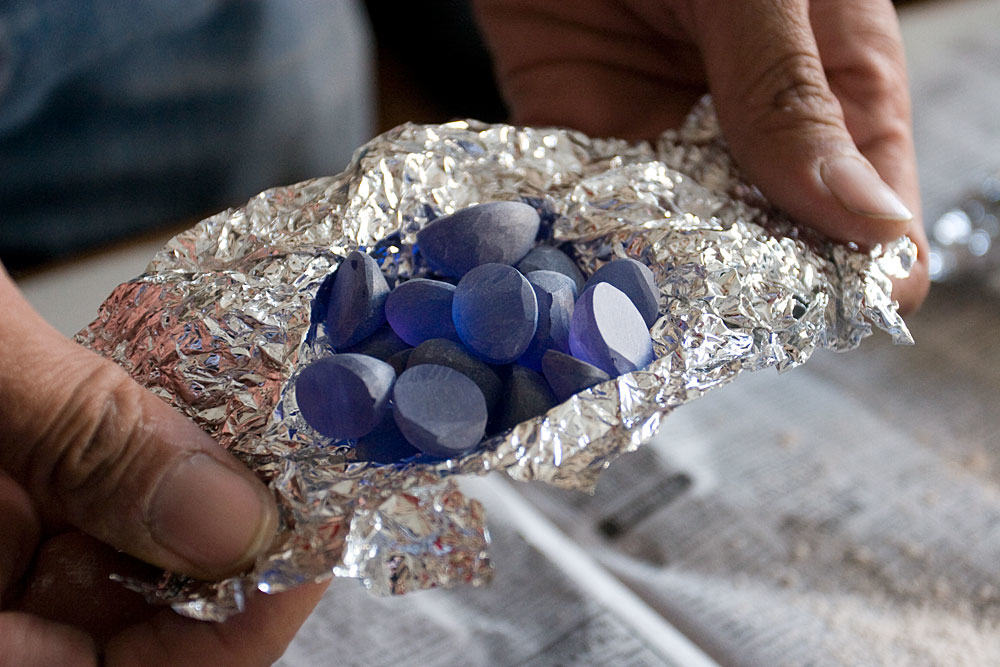 Tanzanite is available in a wide variety of sizes, shapes, and faceting designs. The finest and deepest colors are usually seen in sizes over 5 carats. Smaller stones are often less intense in color.

To learn more about this beautiful stone or to see it in person, visit Brittany’s Fine Jewelry of Gainesville, Florida.

Love love love Brittany’s! My engagement, wedding ring, and other pieces are from there, and I treasure them all! Great family, great business!